Dealing with a Black Dog

In this issue the Wellbeing Team talk depression; ‘Dealing with a Black Dog’. 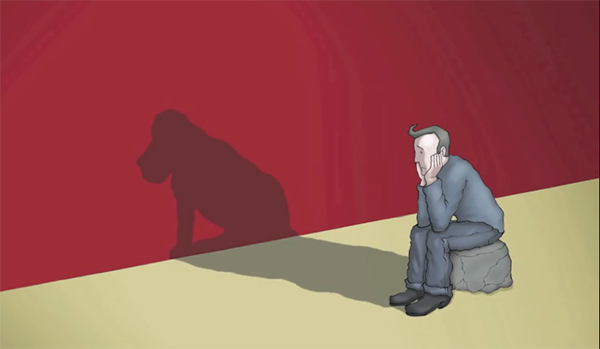 I was one of those women who was fortunate enough to be a stay-at-home mum for almost 9 years. I did the dutiful housewife job and cared for my children until both had reached school age. I had always wanted to play that role and, I thoroughly enjoyed it.

Before having children, my career hadn’t really reached a point that I would think twice about taking a long break to start a family, so it was a no brainer that I would stay home instead of working and paying childcare costs. So that was the life I chose for myself and my family and in the blink of an eye, I was applying for a school place for my youngest child.

As that milestone started to dawn on me, thoughts returned about my own life and how I could get back to work whilst still be able to support my family. So, the decision was made I would start off going back to work part time and so the search started.

We didn’t have family close by to support with childcare so my hours would have to fit in with school times – finding a job which did that was no easy task, but I had time right? I had six months before school started. Three months later up popped a job that I thought I would love; with an organisation I had always wanted to work for and in an area that I could make a real difference.

One set back was it was on a rota and full time. If I were successful, it would mean I couldn’t do school runs, attend assemblies or do anything without notice - the enormity of that hit hard. Shall I go for it and restart my career or wait for something part time that I might not enjoy?

With the support of my family and a huge amount of encouragement, I went for it and was successful and was due to start my new job three months before school started. I was lucky that my mum offered to take early retirement to come and support with childcare. And so, I started full time work and what I thought would be a jump start towards finding a bit of myself and not just being someone’s mum and wife.

However, with a new job brought something quite unexpected. A huge cloud of guilt and sadness which wouldn’t shift. I wasn’t able to give my youngest child what I had given his sibling and relied on others to play my role – I was letting them both down every day, I was a bad mother.

I missed parents’ evenings, assemblies, last minute “come to class days” and other events which I just couldn’t fit in anymore. It didn’t make it easier for me that someone else was doing all those important events, it just made it worse in some way and I felt jealousy and resentment to those who stepped into my place to attend.

As the cloud grew bigger and heavier, I felt my close relationship with my children start to slip away. I was angry and sad all the time, who could I talk to? I would be seen as someone who couldn’t cope with a full-time job and a family, the shame I felt in myself was overwhelming and my thoughts of being a failure as a parent for putting my own career before raising my children was how I expected people would see me.

It went on like this for many years and in some ways grew worse as my career progressed and saw me spending even more and more time away from home.

My children are older now, pretty much self-sufficient and don’t need their mum to wipe their tears, to clean bleeding knees, hold their hands or stand behind them silently encouraging them to do something they find hard, that part of motherhood has finished for me.

It wasn’t until I watched a video produced by the World Health Organisation a few years ago that I realised what I was experiencing – everything the video talked about was what was affecting me every day - I had a “Black Dog”. I followed some of the advice in the film and started running, which really allowed me to reflect on things in my own time and space, it allowed me to push myself hard which meant I was pushing the black dog away.

Although the dog doesn’t overshadow me anymore, he is still there sometimes, reminding me of my insecurities and doubts that I experience every day, but I can control him most of the time now. I am proud that I have developed a great career of my own and my relationship with my children was not affected in the way I thought it had been – they are wonderful, kind, thoughtful children who bring me pride and joy every day. Did I do the right thing? I still have my doubts and I don’t think those doubts and guilt will ever go fully, but I have accepted them now.

So why write about this now? I hope that I can now reach out to others who may be having their own battles and don’t want to reach out for help and hopefully inspire them to do just that.

I also wanted to share the video which inspired me to take notice of my feelings and start my own journey of recovery, ‘I had a black dog, and his name was depression’ – A book written by Matthew Johnstone.

If anyone is feeling this way and silently dealing with a black dog of their own, come and talk to one of your wellbeing colleagues in confidence.

In the Same Boat