British Sailing Team boss Mark Robinson has heaped praise on a host of sailing stars after they announced their retirement from Olympic campaigning.
Dinghy Racing 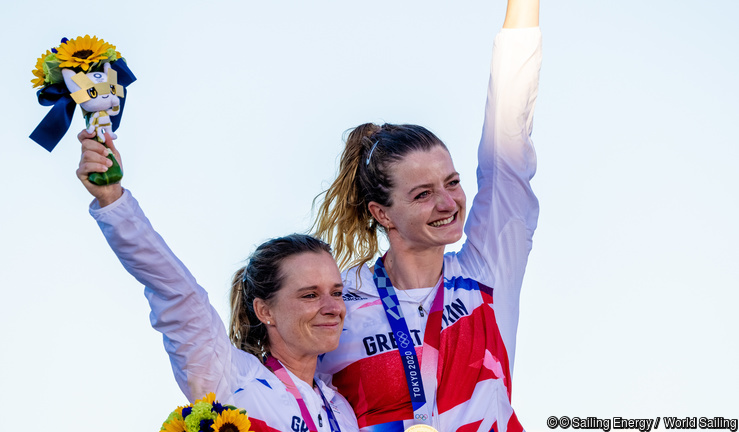 It follows a stellar performance from Team GB’s sailors at the Tokyo 2020 Olympics, at which the team secured the top spot on the sailing medal table for the fifth time in six Games with three golds, a silver and a bronze.

“All good things must come to an end, and as such these incredible athletes have taken the decision to step back from Olympic campaigning,” said Robinson, the RYA’s Olympic Performance Manager.

“These individuals have made such a huge impact on our sport, their achievements speak for themselves, and they’ve inspired countless youngsters to follow in their footsteps. I feel very proud to have led a team full of such great athletes, and those retiring will be sorely missed.

“However as a team we are well-prepared. Lots of our Tokyo team are going again, plus there are a whole host of talented sailors who’ve been waiting patiently in the wings to get their time to shine.

“With Paris 2024 less than three years away the British Sailing Team is full-steam ahead, with the number one goal of defending our title of the world’s most successful Olympic sailing team.”

Gerwyn Owen, RYA Cymru Wales Chief Executive said: “Today we celebrate the career of one of our greatest sailor of all time, Hannah Mills MBE, as she retires from her Olympic career. Alongside Hannah, we wish all the best to Chris Grube, aka Twiggy, on the next stage of their career, I’m sure both will still be involved in some way with our sport.

“Hannah has been involved in Sailing since the age of 8, honing her skills at Llanishen Sailing Centre, and later developed through the performance programme delivered by ourselves, before she stepped up to the British Sailing Team. She is an inspirational figure at the elite end of our sport. Similarly Twiggy, as an 11yr old, started sailing at Bala Sailing Club and followed the same path, and support, available to him.

“On behalf of RYA Cymru Wales, all of our members and partners I would like to say a big thank you to both of them and everyone who has supported them over the years”.

Mills became the most successful female Olympic sailor of all time this summer when she defended her Rio 2016 gold medal alongside Eilidh McIntyre.

The pair were among the favourites for the top spot but faced stiff competition from crews from Japan, France, Poland and Switzerland.

Fifth in the medal race sealed glory in style, with a huge 16 point-gap separating them from the second-placed Polish team.

Victory for Mills rounded off an incredible Olympic career in which she won silver at London 2012 then golds at Rio 2016 and Tokyo 2020. Not only does that make her the greatest female Olympic sailor ever but also Wales’ most successful female Olympian.

In recognition of their achievements, Mills and McIntyre were voted female World Sailors of the Year last week.

Mills now turns her attention to the SailGP circuit which she joined earlier this year as part of Sir Ben Ainslie’s British outfit, as well as continuing her environmental campaigning with her charity the Big Plastic Pledge.

Patience was just 25 when he won a silver medal alongside Stuart Bithell in the men’s 470 class at London 2012.

After winning a spot with Team GB at Rio 2016, his campaign was turned upside down when crew Elliot Willis was diagnosed with cancer, and they were deselected.

Chris ‘Twiggy’ Grube had been part of the British Sailing Team for almost a decade when he got the last-minute call-up to join Patience, with whom he had raced alongside in the mid 2000s.

The pair went on to finish an incredible fifth, and took that partnership into the Tokyo cycle – and all the way to Tokyo 2020 itself.

They enjoyed a strong start to the Olympic regatta, and despite slipping down the leaderboard slightly in the lighter winds through the week, only the Aussies bettered them for the lowest discard. A consistent series had them into the medal race as one of only five boats who could take home an Olympic medal.