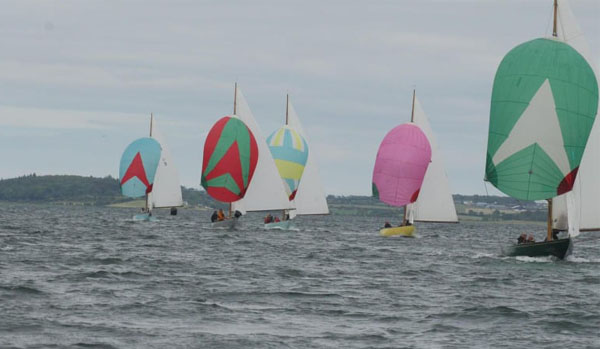 The River Class is the oldest class racing on Strangford Lough and the fleet of 12 boats which first raced at Royal Ulster Yacht Club have now moved to SLYC.

The boats were designed by naval architect Alfred Mylne and their origins trace back to 1919 when Belfast Lough sailors were looking for a simple and elegant one-design class to race.

During the centenary celebration event on 26 and 27 June, the Rivers provided competitive close racing for crews.

The Rivers will now travel to the four day Narrows regatta this weekend (9 July), which is being organised by Portaferry and Strangford.