The RYA Northern Ireland welcomes the announcement that HMRC will delay the changeover date for white diesel to 1 October 2021.
External Affairs 25 May 21 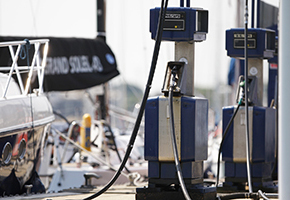 Following the outcomes of the red diesel consultation, published in March 2021, HMRC outlined that Northern Ireland would have to fall into line with the European Court of Justice ruling 2018 and supply white diesel to private vessel owners from June 2021.   The differentiation came as part of the agreement to leave the EU under Article 8 of the NI protocol.

The announcement immediately raised a number of concerns for boaters in Northern Ireland as no previous indications had been made and, above all, there was no waterside supply infrastructure to accommodate the change of legislation.

Following ongoing engagement with HMRC and HM Treasury, RYA and RYA Northern Ireland raised concerns about the lack of waterside supply and the lack of clarity around how any prohibition would take effect.  Concerns were also raised about the adverse impacts this may have on costs for boaters that could become disproportionate to the remainder of the UK.

In a statement to RYA, HMRC acknowledged that the UK government was concerned by feedback from private pleasure craft (PPC) users in NI and their fuel suppliers. They had highlighted that implementation during the busy boating season, particularly given the expected increase in PPC use now that travel restrictions are being eased, was not practical.

The UK government has therefore decided to delay the implementation of the prohibition on red diesel used for propulsion of PPC in NI until 1 October 2021. This will allow PPC users in NI to refuel with red diesel before the end of the season after which PPC are typically moored and therefore PPC fuel suppliers in NI will, in effect, have until March 2022, the start of the new boating season, to prepare for this change.

The government also confirmed it would be introducing a new relief scheme on non-propulsion fuel. It will allow fuel suppliers to private pleasure craft in Northern Ireland who are registered for this scheme with HMRC to claim from HMRC relief (the difference in duty between the full duty paid on the white diesel they have supplied and the lower, rebated rate for red diesel) on 40 per cent of the white diesel they supply to private pleasure craft (40 per cent being typical of such craft’s non-propulsion use).They can do this if they had passed on the saving at the point of sale of white diesel.

RYANI had discussed matters with a number of current PPC suppliers in Northern Ireland, who were able to give further detail to HMRC on any timescales and costs.  Representation was also made to local government about the matter, raising it with local MLAs and highlighting the adverse impact it would have on activity.

Chief Operating Officer of RYANI, Richard Honeyford, said: “RYANI welcomes the decision that should allow current suppliers a more realistic timescale to make any necessary changes to accommodate local boaters. We will await further guidance on the relief scheme to be published later this summer and will continue to work with relevant officials as more details become clear.”

Further details and guidance on the changes can be found through the RYA Northern Ireland Representation Page.