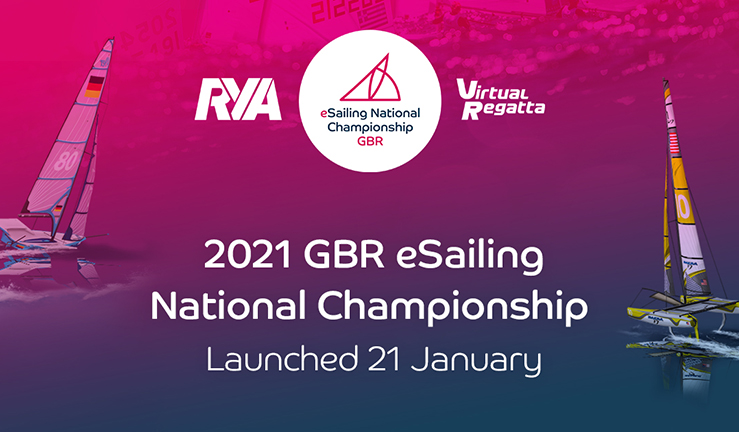 The free-to-play online game provides players with an opportunity to race against friends, fellow sailors and real-world Olympic champions.

Players from the United Kingdom will automatically be entered into the exclusive GBR eSailing National Championship, racing the same challenges, season and playoffs as the eSailing World Championship and ranking both nationally and globally.

World Sailing regattas will run consecutively throughout the season. Each regatta you complete will help you accumulate points to improve your ranking throughout the season. Every regatta counts so ensure you start your season strong on the 21st January. More information can be found on the Virtual Regatta game, or on esailing-wc.com.

The season will end on 03 August 2021 with the top ten ranking British eSailors invited to a Live Final event on Saturday 18th September 2021 when the 2021 GBR eSailing National Champion will be crowned.

The top 10 from the GBR Championship will also automatically qualify for the eSailing World Championship Finals Playoff.

RYA Shows and Promotions Manager Celia Edgington commented: “We’re delighted to be working with World Sailing and Virtual Regatta to officially launch the start of the GBR National Championships. The number of players is continuing to grow and this year the competition promises to be more exciting than ever with new venues, fresh challenges and even more ways to qualify for the PlayOffs.”

Could you be crowned champion? Simply visit www.virtualregatta.com or download the ‘Virtual Regatta Inshore’ App from the App Store or Google Play.