Meet our volunteer board

RYA Scotland relies on a voluntary board and volunteers working on specific areas of boating. From performance sailing, coaching, training, development, Sailability, cruising, environment and marine planning, the activities are diverse.

We are keen to have representation from across Scotland to provide insights and support from the boating community. The roles are voluntary and are therefore not remunerated, however RYA Scotland will meet your expenses for attending meetings and support your development in your chosen role.

The best way to find out more about any opportunity is to speak to James Allan the CEO. Feel free to email him on james.allan@ryascotland.org.uk 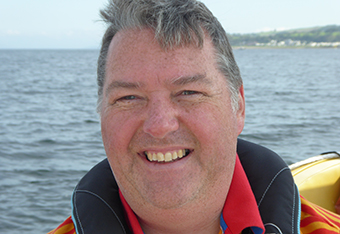 Introduced to sailing through the Scout Association; went on gain level 2 sailing, soon getting his first boat, a mirror dinghy. Progressed his skills to become a Senior Instructor Dinghy and Advanced Powerboat Instructor, taking these skills to become Principal Instructor of Longcraig Scout Centre. He was introduced to yachts with friends, including some fun/successful racing in Turkey. Owned Mirror Dinghy, Magno, Rib-X 575, Dart16 & now Hanse 371, which he sails with his wife. Started with RYAS on Participation and Development Group, becoming its Chair, which led on to being a member of RYAS Council. Went on to join the Management Committee as Council representative before joining the new board.    (Appointed on 29th October 2020)

Katy is a member of Royal Gourock Yacht Club and has a lifetime of experience racing and cruising in keelboats and dinghies. Growing up, she was a keen cadet at RGYC; a dinghy instructor at Tighnabruaich Sailing School; and overseas moving on to competing as a student while at university. A fan of the Sigma 33 class and now a joint owner of an Etchells, Living on the Etch, Katy and her entire family are regularly active on the water. Professionally Katy is a lawyer who is Head of Employment Law Group at MacRoberts LLP.  (Appointed on 13th January 2020)

James has an extensive career in youth work and community learning and has worked for both local government and the third sector at senior levels. James’ first love is windsurfing but he is just as easily found cruising the West Coast of Scotland under sail or zipping between islands by RIB.  (Appointed on 17th July 2017) 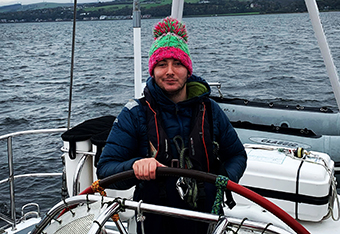 Jordan is a part time Chief Instructor at Loch Insh Water Sports and Scout Leader with the 17th Perthshire (Aberfeldy). He is passionate about the life changing effect of sailing on young people taking part and keen to promote the voice of young people in RYA Scotland’s decision making processes. Jordan started out as an assistant instructor at a small centre on the shores of Loch Tay. He moved quickly through the RYA instructor scheme and became a senior instructor at Loch Insh. Now working professionally as and architectural technologist he is using his board position to promote the benefits of sailing and the positive impact it can have on young people.  (Appointed on 9th March 2020) 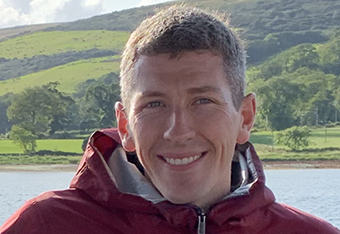 A former member of the British Sailing Team, international sailing coach and most recently Chair of the RYA Scotland Performance Committee, Callum has an extensive history in performance sailing. Now a Chartered Health and Safety professional, Callum is a Knowledge Exchange Fellow at Strathclyde University where he is course director for the MSc in Safety and Risk Management.  (Appointed on 13th January 2020)

David is a former Executive Director and Chief Harbourmaster on the Board of the Port of London and a long serving member of the RYA Cruising and Government Affairs Committee. Formerly also a volunteer crew with the RNLI, David remains an active yachtsman. Recently relocated to the Isle of Harris, David is now a self-employed marine consultant. (Appointed on 13th January 2020) 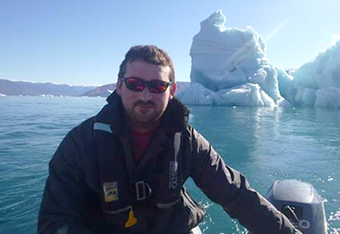 Ian has been sailing since his teenage years and has Fastnet and Tall Ships races under his belt. He used his RYA qualifications and worked at sea for a number of years and now as a qualified Naval Architect works in the offshore renewable energy sector. Holder of Yachtmaster Ocean and Instructor qualifications Ian is an active member of Largs Sailing Club. He previously served on the board of Ocean Youth Trust Scotland, chaired their Safety Committee and continues to be a volunteer skipper. (Appointed on 13th January 2020) 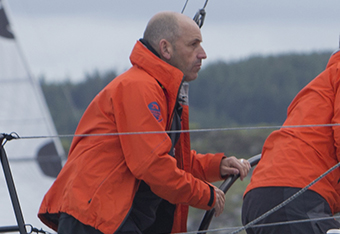 Kevin has spent many years racing and cruising yachts in the Clyde and further afield too with the 2008 ARC in his logbook. He is well known across the community and the marine trade for helping to set up the RC35 Class and for his business supplying many well-known marine brands across Scotland, the North of England and North Wales. Currently the Chair of the RC35 class, Kevin is also active on the East Patch Racing Committee and a member of Royal Northern and Clyde YC, Clyde Cruising Club and Mudhook YC. (Appointed on 13th January 2020)

As a life-long water sports enthusiast and sailor, Rosie has enjoyed cruising and racing both in Scotland and abroad. A dedicated kitesurfer, she has experienced first-hand the many benefits that sailing can bring and is passionate about the importance of preserving the fragile ocean environment. Rosie has a legal practice focussed on providing advice to companies on their legal and compliance risks.
(Appointed on 13th January 2020)

By her own admission Helen is not a sailor. However she has been in a boat and on the occasional ferry. Helen is a strong advocate of inclusion and equality and has an extensive career in youth work and third sector volunteer development at a national level, working with both The Duke of Edinburgh’s Award and Princes Trust Scotland. Helen is the Head of Volunteering for Marie Curie Cancer Care.
(Appointed on 14th January 2020)