On 2nd May 2015, Emily drowned in a boating accident due to an ill-fitting buoyancy aid snagging on the cleat of a capsized speedboat. Emily’s Code Highlights some of the hazards that contributed to Emily’s accident.

Emily’s parents launched the Code with the support of the Royal Yachting Association (RYA), HM Coastguard, British Water Ski and Wakeboard and the RNLI to raise awareness for small boat owners and users.

Emily’s parents Clive and Debbie Gardner said: “Many parents like us have no awareness of recreational boating safety guidelines and have never used a boat before. When Emily went on a day trip with her friends, we were reassured that safety was paramount and that the equipment was top notch.

“If just one family sees this and takes action to protect their children on the water, then Emily’s Code will have succeeded and Emily’s name will live on. Something as easy as checking that your lifejacket or buoyancy aid fits properly can save your life. So be smart and follow Emily’s Code.”

Emily’s Code comes about as the result of close work by her parents Clive and Debbie Gardner, their campaign supporter Cheryl Brown, Richard Graham MP and the Royal Yachting Association. 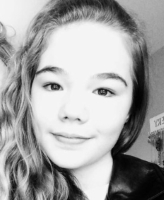