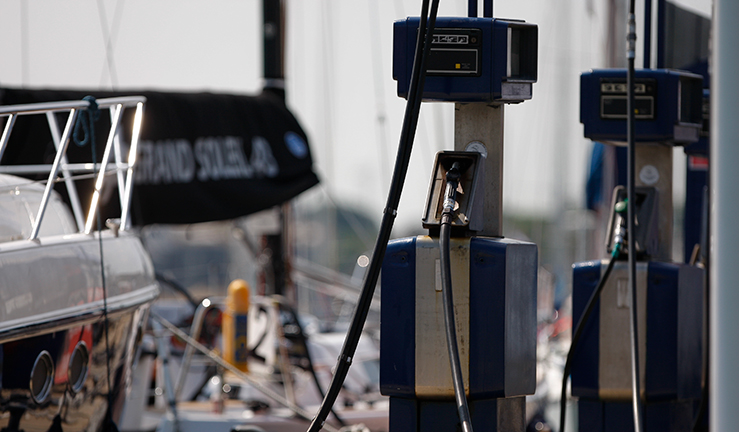 The RYA is pleased that following public consultation, HM Treasury has today confirmed its decision to maintain recreational boaters' entitlement to use red diesel beyond April 2022.

Last year, the RYA responded to the HM Treasury red diesel consultation, making it clear that supply around the coast for recreational boaters could not be guaranteed unless the entitlement to use red diesel was removed from commercial boat operating industries as the cost of installing a second pump for white diesel would not be commercially viable in many harbours and ports. The RYA has always maintained that the simplest means of maintaining supply for all recreational boaters on the coast and on inland waterways is the use of duty-paid red diesel.

As part of the Spring Budget announcement, the Government stated that it is not changing the treatment of private pleasure craft in Great Britain where they will continue to be able to use red diesel and pay their fuel supplier the difference between the red diesel rate and the white diesel rate on the proportion they intend to use for propulsion.

In Northern Ireland however, recreational boaters will no longer be able to use red diesel for propelling their craft. This is to ensure the UK meets its international obligations under the Northern Ireland Protocol of the Withdrawal Agreement. It will also align with fuel used by private pleasure craft in the Republic of Ireland, which the Government believes will make it simpler for private pleasure craft users to access the fuel they need if they sail between Northern Ireland and the Republic of Ireland (and vice versa).

RYA’s Director of External Affairs, Howard Pridding, commented: “We are delighted with the Government's decision on the continued entitlement on the use of red diesel for recreational boaters. Availability of fuel at the waterside and the safety implications that that may have meant for boaters has always remained our primary concern. We have a long history of engaging with Government on this issue, and we are grateful to HMRC officials who have listened and taken pragmatic decisions.

“However, we are disappointed that the same allowances have not been granted for recreational boaters in Northern Ireland.  We will work with our colleagues in RYA Northern Ireland and continue to maintain dialogue with Government on the practical difficulties that it is going to present.”

You can read more about the RYA's lobbying developments with red diesel here.

You can learn more about the results of the red diesel consultation on GOV.UK.

If you have any questions regarding red diesel or any other current affair issues, please visit the Current Affairs page on the RYA website or email: cruising@rya.org.uk.