Boating post-Brexit and beyond: What’s the latest 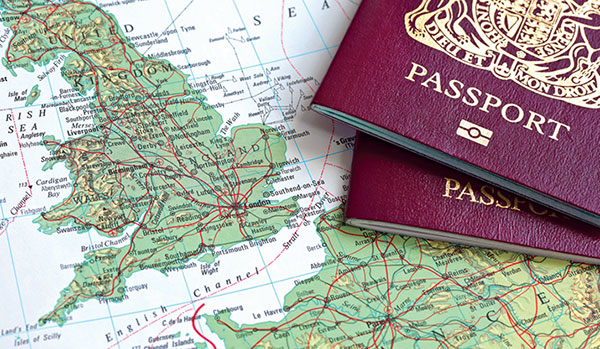 Since the UK voted to leave the European Union (EU) in 2016, the Royal Yachting Association (RYA) has been lobbying tirelessly on key issues that directly affect UK boaters as third country nationals. During a period of significant change, the RYA has remained an authoritative voice for UK recreational boaters, demanding fair treatment for boaters travelling abroad and highlighting the practical impact and reality of Brexit for boaters. Here is a round-up of some of the things we have been working on.

We have repeatedly raised our concerns about the ineligibility for RGR for pleasure craft which were based in the EU for more than three years prior to the end of the transition period.
RYA lobbying was pivotal in securing a one-year period of grace from HM Treasury which temporarily suspends the 3-year condition for RGR. As a result of further lobbying, the government recognised the difficulties in taking advantage of transitional arrangements created by Covid-19 and the government agreed to a further extension until 30 June 2022.
Continuing Covid travel restrictions and the Schengen rule may well mean that this is still not enough time for those who wish to get their boats back to the UK and claim relief from VAT. The RYA will continue to lobby to ensure that government understands this developing situation.

Extending the deadline to next June for boats that have previously been in the UK under their current ownership, does not address the fundamental point that the government seeks to levy VAT on boats that have already had UK VAT paid on them and in respect of which the UK Exchequer has already been the beneficiary. This inequity arises from the concept that when boats left the UK, even though they went to the EU, they were potentially being “exported” and therefore are required to pay import VAT on their return. We continue to lobby robustly to get government to acknowledge that this is iniquitous. Boaters simply went sailing/cruising and were not eligible to reclaim the VAT when leaving the UK to sail in the EU.
We have made it clear to government that “double taxation” is unreasonable and the reality is that no income will be raised in this way. People will either bring their boats back to the UK prior to 30 June 2022 or they will not bring them back at all. They are not going to bring them back to the UK to face an unreasonable VAT levy.

Private boats – UK owned and kept in the EU

Recreational boat owners are struggling to comprehend why the UK Government is seemingly penalising them for simply using the freedom of movement afforded to them by the UK’s previous membership of the EU. This included the right to buy and keep their boats wherever in the EU they wished, as long as the VAT was paid.

The intention that boats owned and kept in the EU by UK residents, prior to the end of the transition period, that then enter the UK for the first time under their current ownership should be subject to UK VAT is iniquitous. It is simply not reasonable that VAT is charged a second time when it had to be paid in accordance with UK legislation implementing the Union Customs Code and the VAT Directive.

We are working at a political level through sympathetic parliamentarians in the express hope that the government will take a more reasonable approach regarding boats in this category, realise that their policy means that there is little prospect that boat owners will bring their boats back to the UK (they will simply retain them or sell them in Europe) and that there will be no benefit to the exchequer.

The limit on individual short stays to a duration of no more than 90-days in any 180-day period preceding each day of the stay, presents significant problems for cruising boaters. This time limit contrasts sharply with the normal duration of a UK tourist visa, which is six-months for each visit.

The time ‘limitation’ may have been appropriate for the size of the 5 founding members of the Schengen cooperation; however, the Schengen area now comprises of 26 countries. It covers most of the European coastline, in particular the ever-popular cruising grounds of the Baltic, the North Mediterranean coastline including the Azores, Madeira and the Canary Islands.

The European Commission has, in the past, recognised the benefit of a “touring visa” that would permit longer stays in two or more states, but currently, the UK government is content that reciprocity simply means that EU nationals are exempt from the requirement to be in possession of a short-stay visa when crossing the UK border - on condition that UK nationals are equally exempted from EU short-stay visa requirements. This approach ignores the permitted duration of the stay, which is curtailing recreational boating in the Schengen Area.

The RYA will continue to press government to negotiate an agreement that provides a visa arrangement that permits extended stays on board for up to six months in the Schengen Area for UK recreational boaters, the same arrangement that EU boaters enjoy when visiting the UK.

We have spent a considerable amount of time and effort in persuading the Spanish maritime authorities to reinstate RYA certificates into their legislation regulating nautical qualifications for the operation of pleasure boats. We are pleased to have been successful, and this will be implemented from 01 July 2021.
Concerns from the boating community surrounding acceptable paperwork has meant that the RYA has worked with the British Embassy in Greece to ensure that the RYA ICC, amongst other RYA certificates, remained an accepted qualification by its maritime authorities. The Greek authorities require personal boating certificates to be accompanied by an official translation into Greek and we are currently working with the Embassy on a solution to achieve this.

Another problem that has emerged as a result of our transition out of the EU is the acceptability of UK Part 3 (SSR) registration, particularly in Greece. It seems certain that port authorities are refusing to issue transit logs to boats unless they are registered on Part I of the UKSR (SSR is not deemed by the Greek authorities to be acceptable). This appears to be another misinterpretation arising from Brexit and the RYA is working with the Maritime and Coastguard Agency to clarify with European Maritime States that Part 3 of the UK Ship Register continues to have the same legal effect as Part I in order to prevent a continuing reoccurrence of this problem.

We provided a strong response to the government’s consultation on red diesel, with the result that recreational boaters have retained the right use to red diesel for propulsion in Great Britain. Our case was based on the need to ensure supply at the waterside and that recreational boaters already paid tax and duty on fuel used for propulsion. The RYA had originally lobbied on behalf of the UK, but the Northern Ireland (NI) protocol meant that legally this could not be extended to NI. However, the RYA raised concerns to government over the lack of time allowed to prepare infrastructure for the change in NI, and as a result the implementation has now been delayed until October 2021.
The government has also confirmed that red diesel contained in the normal tanks of boats can be taken into NI without payment of import duties and taxes and without application of import prohibitions or restrictions.

Sailing your pleasure craft to and from the UK

The RYA has continuously lobbied the government for comprehensive, clear and accessible information on the procedures that must be followed for sailing to and from the UK. In particular we have asked for clear advice on what you must do when you arrive in England from abroad on your boat given the current Covid-19 related reporting restrictions and requirements. This is important as many boaters who want to relocate their boats before the periods of grace are making plans now.

RYA Director of External Affairs, Howard Pridding, comments: “Issues arising out of Brexit continue to be a high priority and we aim to keep members informed on developments and our lobbying successes. The RYA website has become a ‘must-visit’ for any boater who is travelling to or from the UK, buying a boat abroad or contemplating training abroad. The RYA External Affairs team continue to work assiduously to represent members interests and ensure that the guidance provided on the RYA’s website is both current and accurate.

“The RYA will continue to engage with Government on outstanding Brexit-related issues, such as border force agreements, and simplified on-line border reporting procedures, and will continue to seek clarification for RYA members, as well as the larger boating community.”

If you are a RYA member and have any questions regarding this or any other current affair issues, please visit the Representation page on the RYA website or email: cruising@rya.org.uk.